Our main news this month:


If you would like to give Hannah Frank prints as Christmas presents (or even to welcome in the New
Year) then we have a very special offer for you. Our beautiful clean new website launches at midnight UK time on Wednesday 10th December this week.

To celebrate we’re offering a two for one offer on orders of prints right up to the end of the year.  (Cheapest print free of course).  Just choose your first print then write in the name of your second print choice in the comments box in the order form.

The new website will be at the same address as the old one, ie www.hannahfrank.org.uk, but will have the gallery much more accessibly laid out, lots of lovely poetry links, and will be easier to keep updated.

I'm very pleased to have support from Tony Haslam at Reliable Green Web, and from Fiona McKinnon, our new Web Intern. Fiona is a Dundee based art student (see below for how she arrived on the scene). Thanks to Lauren Pass for designing the new look of the site.   Also sending many thanks to Fiona Fahlin for years of fantastic service - wishing Fiona lots of success in the new things she's doing. There seems to be a 'Fiona' link here - if you're called Fiona and would like to come and help with the Hannah Frank art project, get in touch!

And please have a look round the site and let us know if you find any glitches - I'll be happy to send you a set of Hannah Frank notelets for your troubles if you find any problems, missing links or discrepancies on the site.


The Cultural Connections Festival at Rozelle House, Ayr closed with much celebration after a packed summer. The main focus was an exhibition of work by Hannah Frank, her teacher and mentor, Benno Schotz, and Joseph Herman plus photographs of Scots Jews in the 21st century by Judah Passow. Many events ran throughout the festival including art classes, guided tours, storytelling,
stained glass workshops, dance workshop and a final concert and dance.    As part of the festival, we held a conference on Scottish Jewish Life and Scottish Jewish Arts, 1914 to 2014: filmmaker Sarah Thomas (pictured below) came to introduce 'Hannah Frank, The Spark Divine'  - the beautiful film she made about my aunt to mark her centenary. 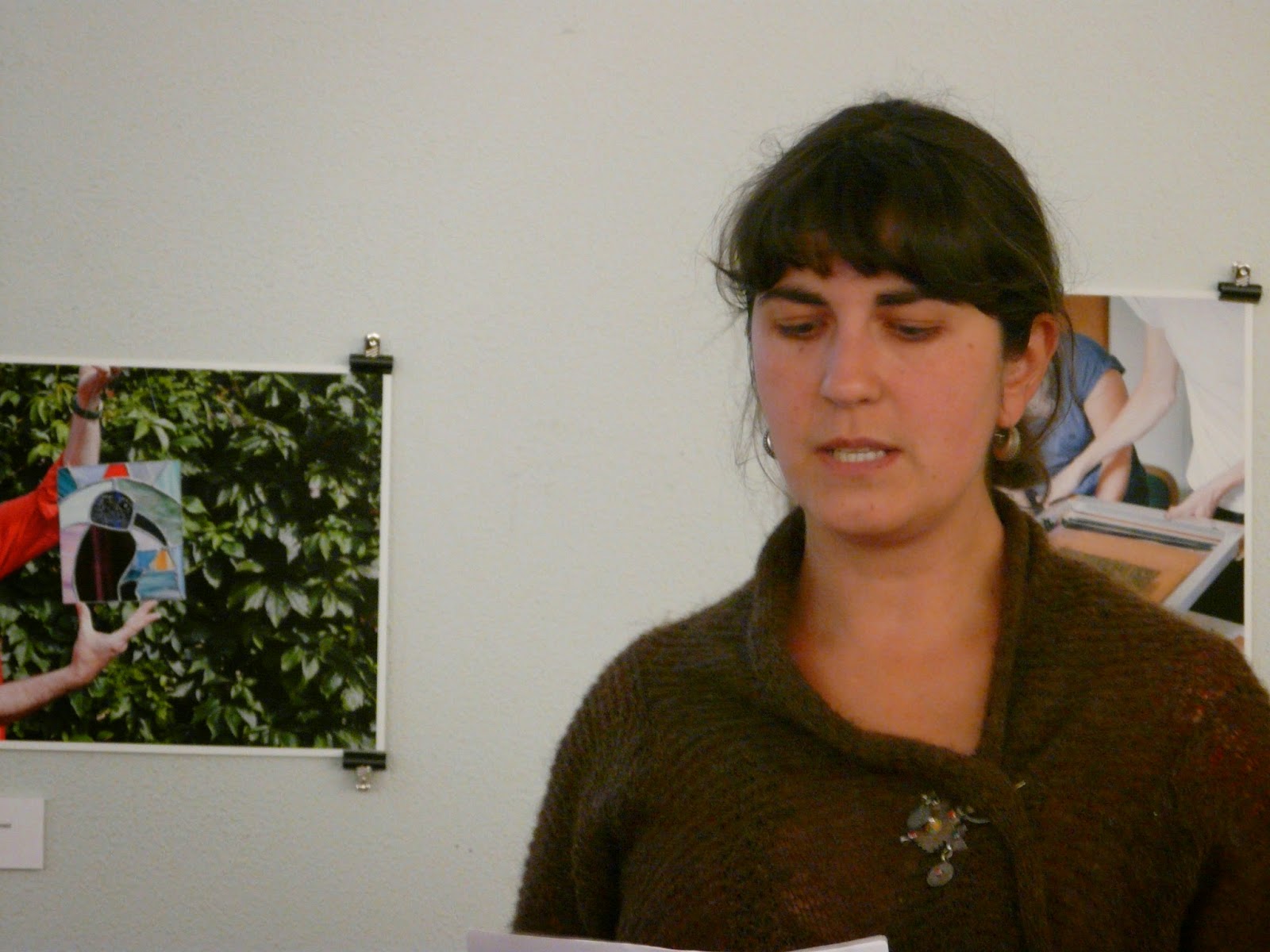 An education pack for upper primary children was developed as part of the festival, and teachers can download the pack for free from our new website (go to the 'poetry' tag).


Our five talented interns, who worked with Hannah Frank Art this Summer, have helped dispel the
notion that graduates have no choice but to work for free to get a career foothold in the highly
competitive creative industries sector.

Originally, I’d planned to take on two interns through the Adopt an Intern programme, which is a
spin-off organisation from the Centre for Scottish Public Policy’s think tank and finds paid internships for graduates. In the end I took on *five* interns who all worked on the Cultural Connections Festival.  Catherine Williamson, from Adopt an Intern, said: “It was great to hear from all of our speakers, including Fiona’s input about her drive and involvement in setting up the Hannah Frank project, as well as the other projects she is involved with, including the MacLaurin galleries internships. Historically, internships in the creative sector are often unpaid, making that essential first foot on the career ladder unattainable for many.”

“Working on the Hannah Frank project gave me so much more experience and confidence which
really helped in the interview. I am over the moon,” Angela said.

Lauren Pass, illustrator, who created a two dimensional timeline to depict events and milestones in
Hannah's life and career, said: “The internship showed me how my skills can contribute to
collaborative projects like this.” 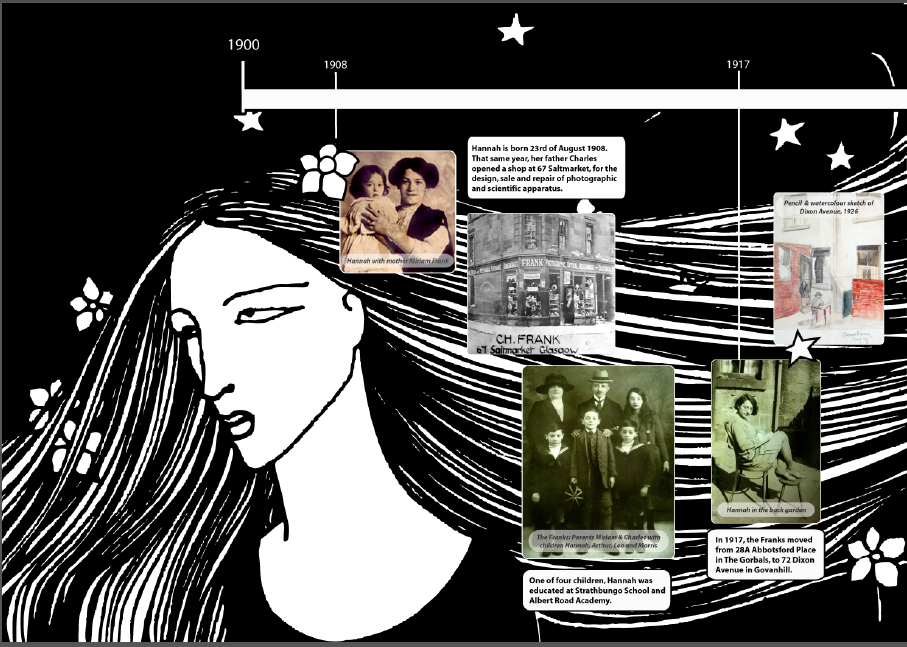 The other interns working on the project over this summer were Maria Simou, working with Hannah Frank Art, on social media and in a curatorial role, and Marzanna Antoniak, events, who worked with the Maclaurin Gallery. Additional support from the gallery meant that award-winning photographer, Claire Maxwell, was offered an internship. Her photographs were exhibited during the last two weeks of Cultural Connections.

Other speakers at the event were Sarah Drummond, co-founder of Snook, Keith McIvor, DJ and founder of Optimo Music/Optimo Espacio and Dylan Paterson, Business and Events Officer at the Charles Rennie Mackintosh Society.

STUDENT VOLUNTEERS SERVICES AFTER THE TALK


One workshop attendee contacted me the very next day to offer her services! She is Fiona
McKinnon, currently studying Fine Art and Philosophy at Duncan of Jordanstone College of Art and Design, Dundee - she didn't want a full time internship but has been doing a few hours a week ever since, helping to migrate the website to its new site. 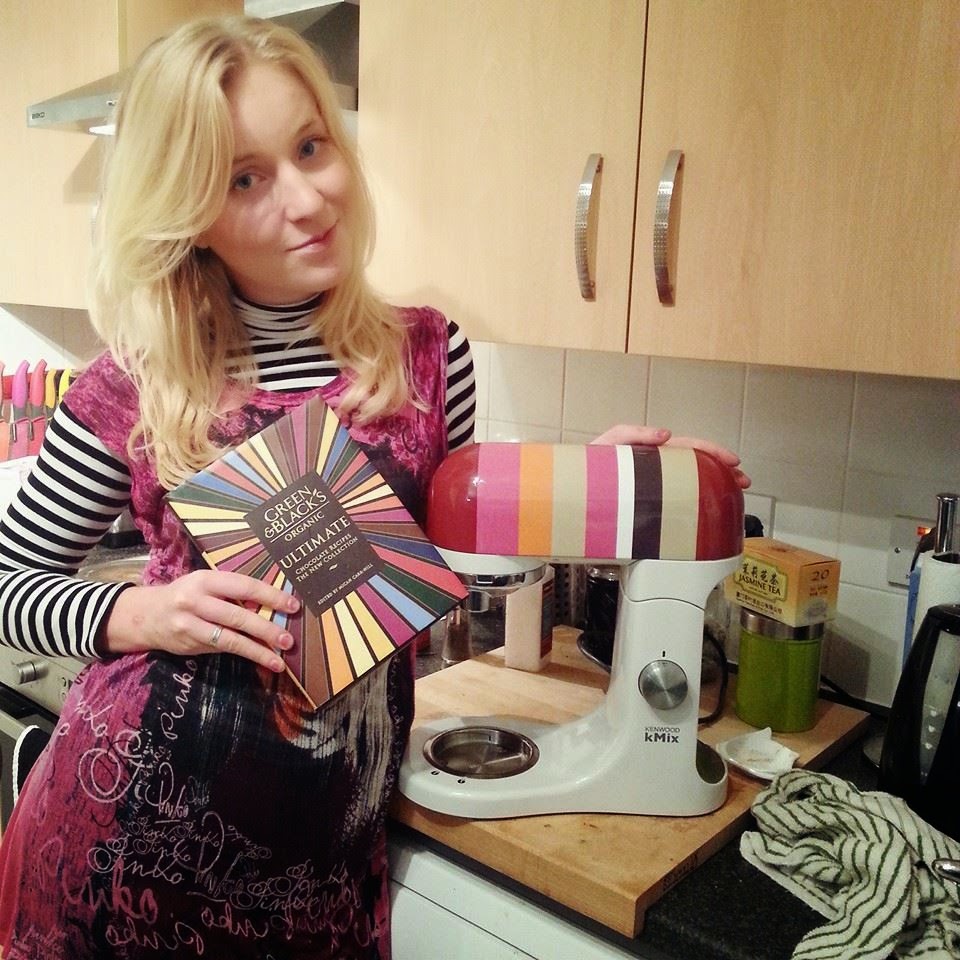 
Hannah’s art is getting a second showing at The Nail Factory, Dalbeattie, Dumfries & Galloway. Still time to visit as the show ends on 19 December. Hannah’s drawings and sculpture comprised the
little gallery’s biggest ever exhibition in summer 2013 and enthralled visitors. Nail Factory curator, Rupinder Dulay, said: “This new Hannah Frank exhibition follows on from the Glasgow Girls exhibition in Kirkcudbright which ran this summer. We will showcase a number of original Hannah Frank prints and a greater range of sculpture than we did last year. Visitors were absolutely enchanted by her work and asked to see more.”

Bringing my aunt’s work to this gallery in for a second time is a real honour. I am in no doubt that
even more people in this part of Scotland will come to love her work as much as her other fans.

The Scottish Council of Jewish Communities (SCoJeC) will host an evening gathering at the end of the exhibition for Chanukah on Thursday 18 December  from 6.30pm. 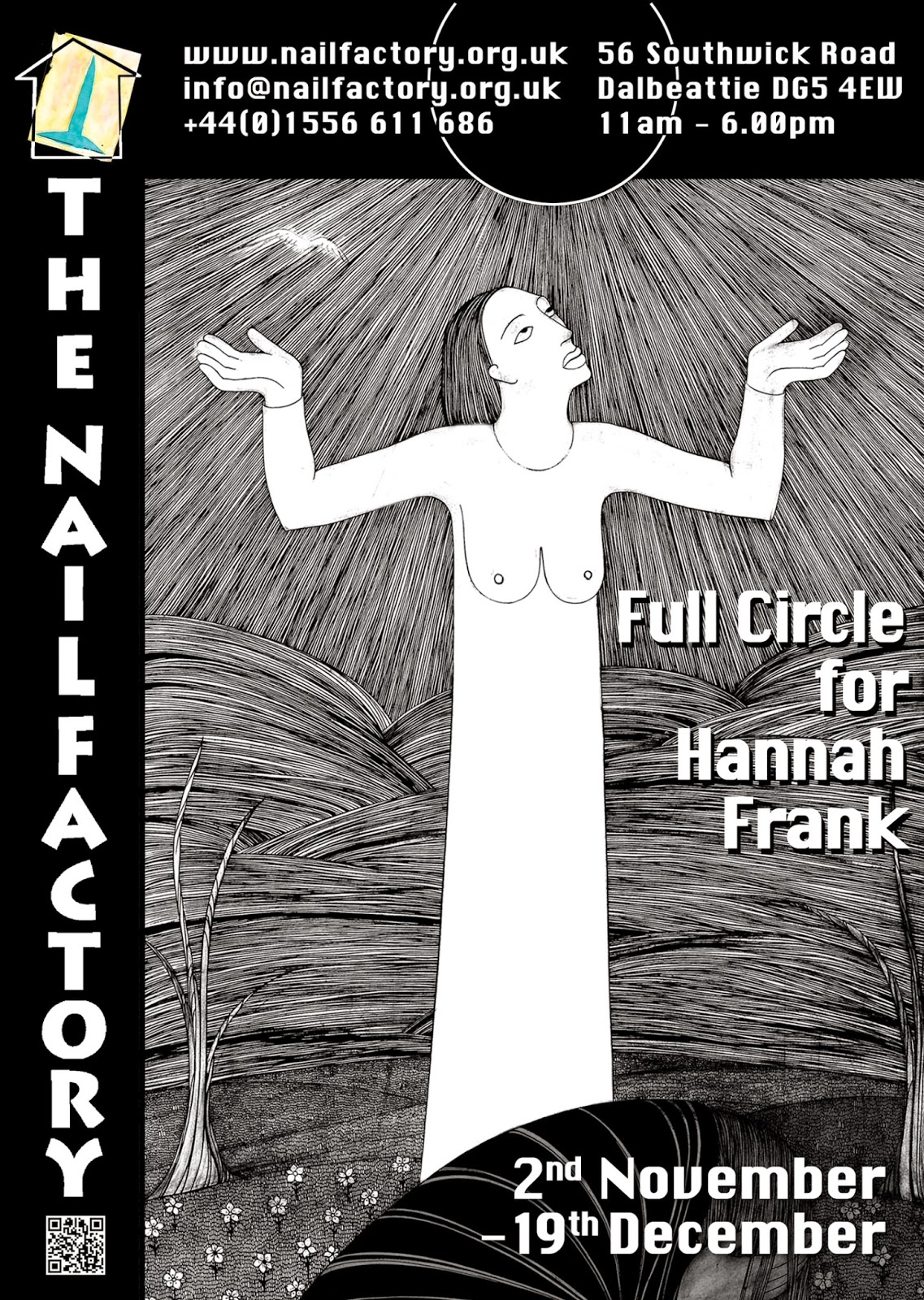 
This story was a real bolt from the blue! Steven Hill contacted us by email, saying: "About 18 years ago I bought an old loudspeaker in a charity shop in Oban.  As I've done since childhood, I proceeded to take it apart to see how it works. When I took the back off there was a ‘corrugatedly’ folded piece of wadding material, some old newspaper pages and two posters of your aunt's design rolled up, scroll fashion.” He added: “It was love at first sight.  Sadly, I no longer have them.  Life got in the way and I guess they are in a loft in Taynuilt with some of my other lost items.  I wish I could remember the details of the poster's design, aside from the fact that there was a woman in a long flowing dress.”

Steven tried to trace the design, which he thought featured as a poster for an art exhibition, but
without success.  “Do you know of the poster I found?” he asked.

I immediately suspected that it was the poster for the exhibition Hannah Frank: Drawings of Thirties.
It was held at the Charles Frank shop on Forrest Road, Edinburgh, from 21 August - 9 September
1972 as part of the Edinburgh Fringe Festival.

This is the image we have subsequently used on our paper Hannah Frank shop catalogue and it was
in a conference brochure some years ago.

I sent Steven a picture. His response: “THAT IS IT!!!  The very one. I am tingling all over! No kidding. Wow.  There were two copies of it in fairly pristine condition.  I very much regret being such a numbskull to leave such things behind.  Thank you so much.  You've really made my
day/week/month/year." 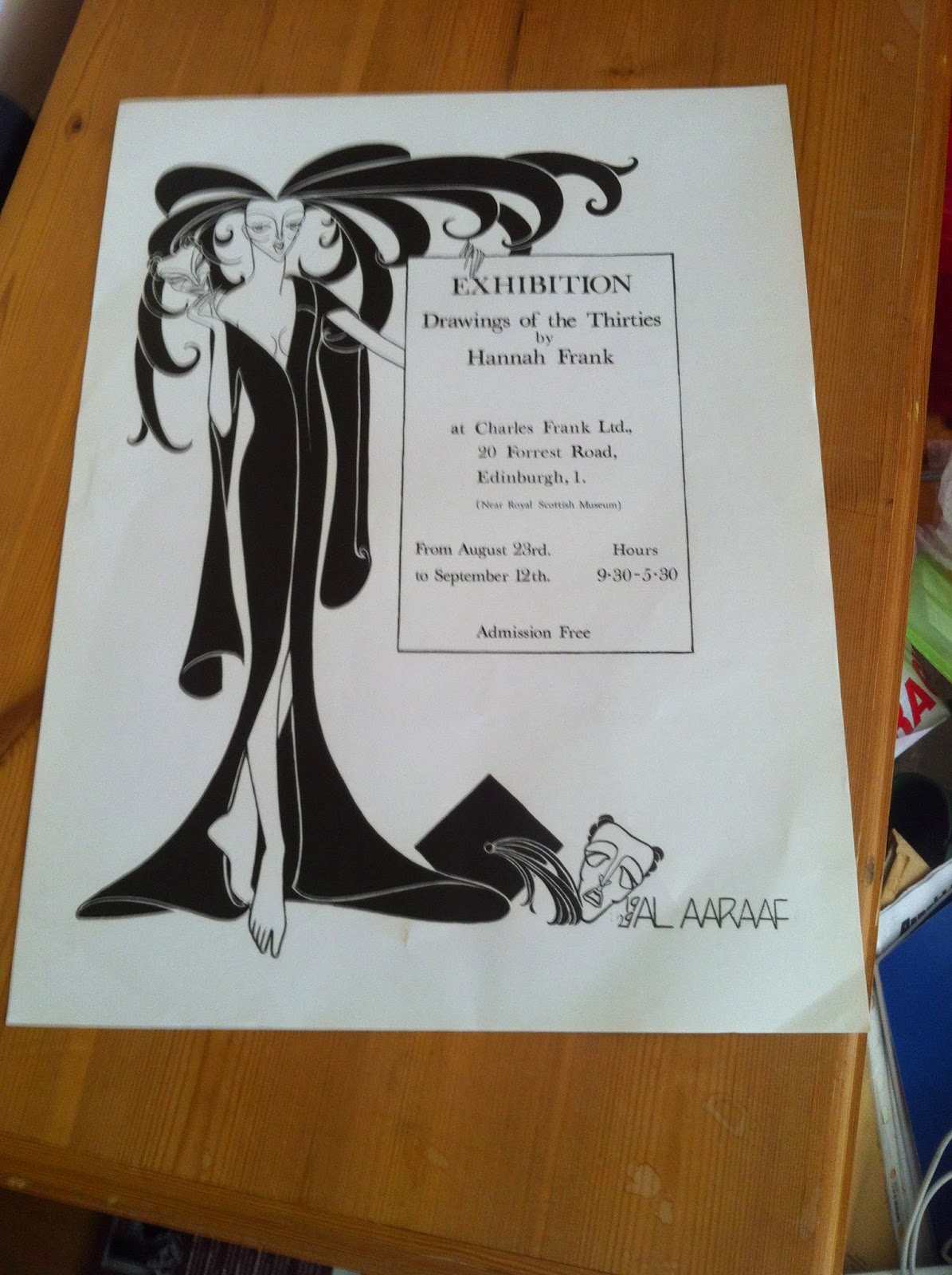 AND FINALLY  - a surprise - HAPPY BIRTHDAY to wordsmith JUDITH COYLE


Judith has been behind the scenes, wordsmithing for me since 2003 - probably my longest and most successful relationship! thank you so much Judith for all your support, help and encouragement, you have been wonderful and helped so much with all our newsletters, press releases and anything else that involved words. 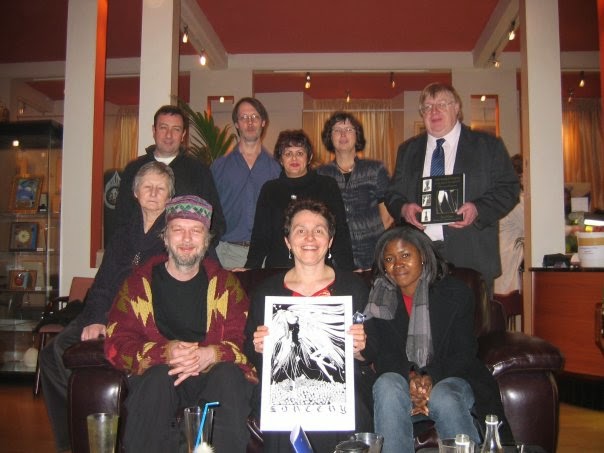 See Judith centre back, in black, in this 2008 pic of the 'Hannah Frank team' of the time, working up to Auntie Hannah's centenary celebrations! (others include Steve Landin who designed our very first website, Olabopo Lanre-Phillips who helped me with management and organisation as part of a Lancaster University consultancy project, Eddie Hams who designed the Hannah Frank book, Gill Ormond who has given me personal and professional support for years, Andy Hornby our graphic designer, and Ed Horwich who filmed lots of the process in the early days.) And me of course, centre front with 'Sorcery'.

Wishing you all a very happy Hanukah and Season’s Greetings - and please watch out for our new website from midnight this Wednesday!